One of the biggest priorities when owning a handgun is making sure that it is properly secured at all times. When your weapon is neither holstered nor needed, the best place for it is in a gun safe that is easily accessible.

New gun safes with fancy finger print keypads, internal alarms, and GPS tracking are really great products, but are not always the practical option in terms of price. Hornady has designed the TriPoint Gun Safe that is both sturdy and affordable.

For those who have been following me since the beginning have heard my stories about my grandpa’s gun room. As a kid, I was terrified to go anywhere near this room. Partially because my grandpa made sure that I knew those guns were not toys. Now that room is heaven to me. The best part is, tomorrow we get to go out and have fun.

This is a Taurus Judge .45 caliber revolver that can also shoot shotgun shells. Otherwise known as my grandma’s ‘under the pillow’ gun.

The second rack are his more high powered handguns such as a .350 magnum.

And here is this bad boy. A .223 Remington hunting rifle.

What blew me away most was the crazy amounts of ammo. Thousands upon thousands of bullets and slugs. 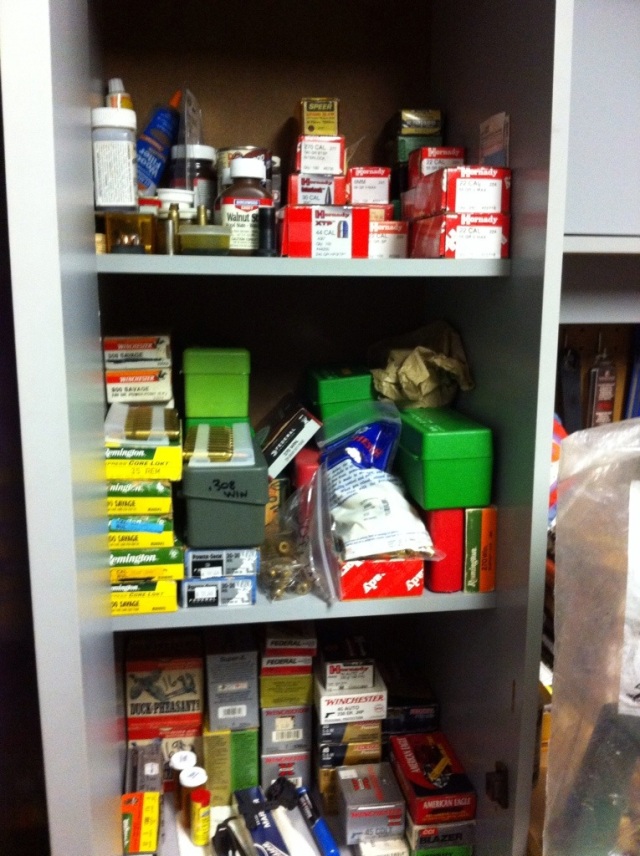 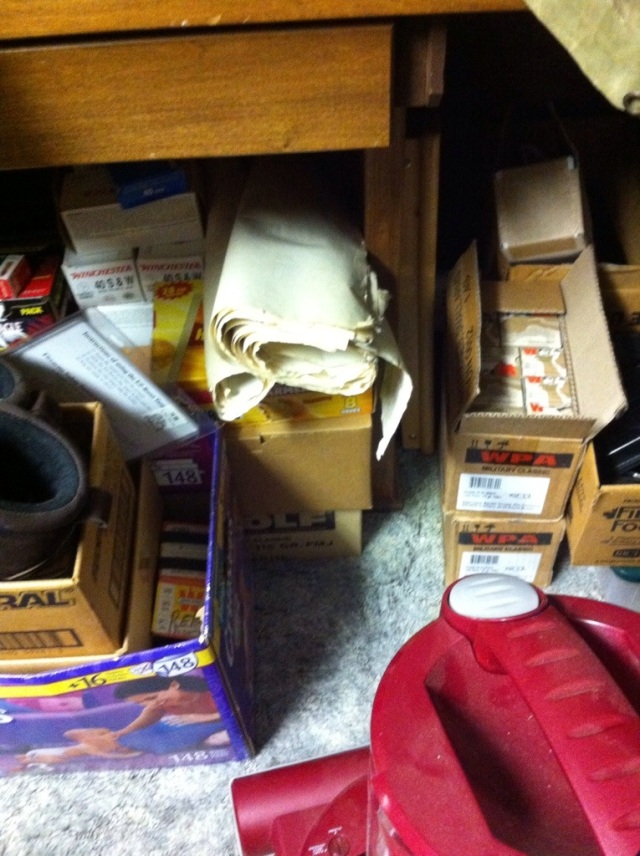 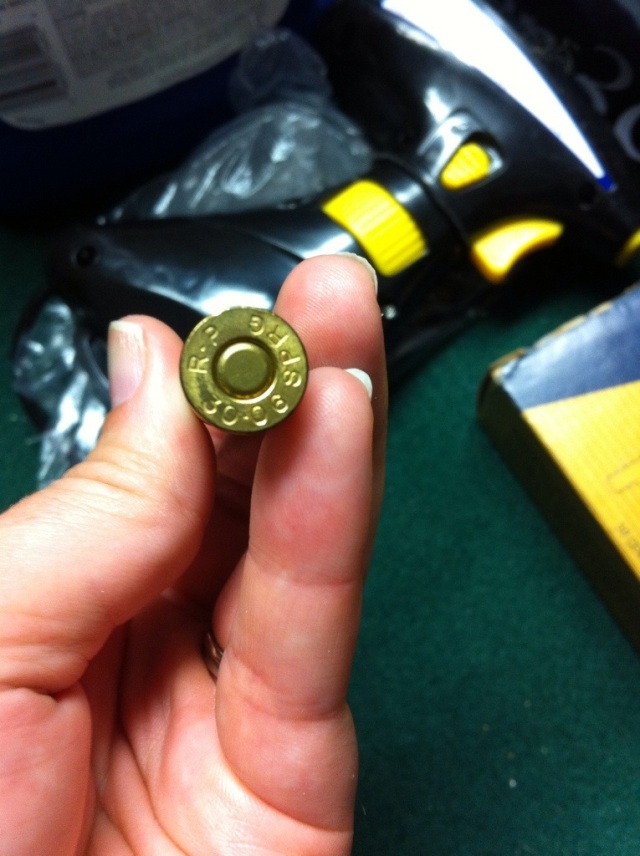 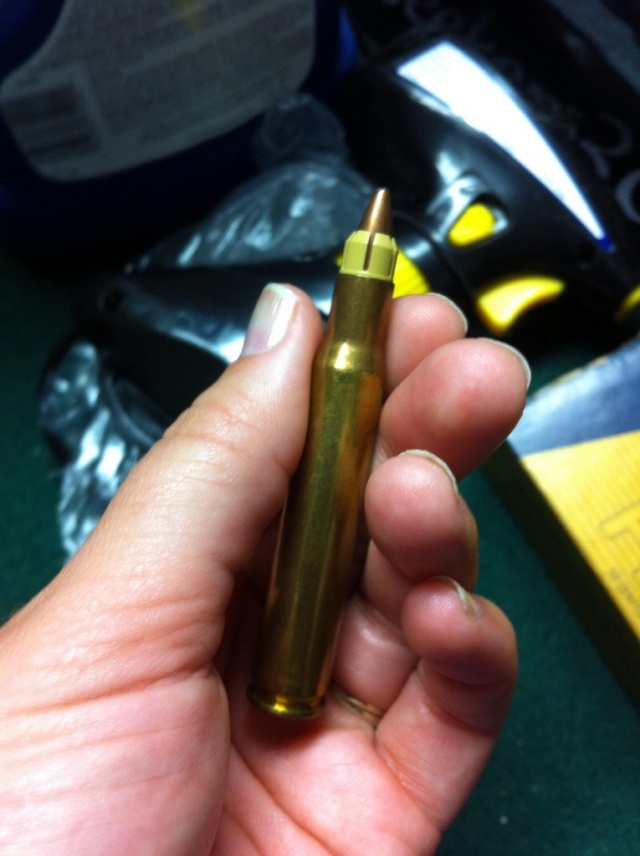 Anyways, it’s time for a good nights sleep. I’m heading out to shoot some of these in the morning. Hopefully my phone can stand recording my shots and I’ll do my best to post them.

What’s your favorite gun to shoot?

SO many people are absolutely petrified of guns, which in turn eliminates any if not all trace of logic in a gun debate. Anti-gun advocates are so set on trying to find “facts” to fit their agenda but the truth is, they’re only fueling the fire with their own fears.

What is fear? Let’s take the first definition from Dictionary.com.

A distressing emotion aroused by impending danger, evil, pain, whether the threat is real or imagined; the feeling or condition of being afraid.

“Whether the threat is real or imagined”. I like that. What argument do we hear most often as to why people want gun-control? They want it because guns don’t make them ‘feel’ safe. Anti-gun advocates have it in their heads that guns make their world unsafe. There’s that word again! Now let’s look at FACT. Fact is, guns DO make you safe. Millions of people’s lives have been saved BECAUSE OF GUNS. Once again, if you’re in danger, who do you call? Don’t you call the police? And what do you expect them to do? Use their guns to save you.

Just because you are afraid of something doesn’t mean it is dangerous or meant to cause you harm. It also doesn’t mean that it won’t cause you harm just because you’re not afraid. Do you fear you’ll get in a car accident every day when you go to work? Do you fear your slice your hand every time you’re chopping vegetables? Do you fear you’ll drown every time you go to the swimming pool? Truth is, you probably have feared these things before once in your life but think about when. Was it when you first started learning or if you’ve never done it before? Once you learned how to swim, you were/are no longer afraid to drown. Once you learn to drive, it becomes second nature and you’re no longer terrified of dying in an accident. Once you get comfortable chopping vegetables, you no longer have horrific thoughts of chopping off your fingers or stabbing yourself.  Yet, just because you’re not afraid doesn’t mean these things can’t happen to you. Same applies for the opposite, just because you’re afraid doesn’t mean they will. Same applies for guns. People are afraid of guns because they don’t know anything about how to operate them properly or what to do in a situation when they’re around guns.

Why are people afraid of guns? “Because guns were made for one purpose, to kill people”. I hate this response more than anything and it is used as if it were a valid argument. Nothing in this world is made for only one purpose, including guns. Guns were made for protection and hunting. They are associated with murder because people have used them for such purposes, but look at the mass amounts of people who’s lives were saved because someone else had a gun. Just because someone owns a gun, doesn’t mean they’re going to harm you or anyone you love, no matter how bad you fear it.

STOP BASING YOUR GUN CONTROL ARGUMENTS ON YOUR FEARS THAT IT WILL HAPPEN. Emotions do not just turn into fact. You want to make your world a safer place? Educate yourself and your families.

I just wish that anti-gun fanatics would go and shoot a gun before spouting off their liberal non-sense. How many liberals do you think have actually SHOT a gun before? VERY very few, and that shows in the small percentage of liberals that own guns. Look, I get it. I was terrified of guns before I knew how to handle them. I grew up around a grandpa that has a room full of hunting rifles and I was NEVER TO GO IN THAT ROOM. That made me fear them because I was taught from the get-go that they were dangerous. Truth of the matter is, they wouldn’t have gone off just because I walked into the room. That was how I was made to feel. Further proof that feelings should not be a determining factor when it comes to creating laws. FACT IS, guns don’t just “go off”. FACT IS, guns are only dangerous if they are in the hands of a dangerous person. FACT IS, we have a constitutional right to protect ourselves. Whether it be from criminals, attackers, or unlawful government. FACT IS, I don’t want to hear a word about “gun-control” from someone who has never taken 10 seconds to learn gun safety and proper handling. 9 times out of 10, once you educate yourself on how to handle and shoot a firearm, you’ll no longer “feel” afraid. You may feel a little ignorant that all of these so-called “truths” about gun-violence that you advocated so strongly for are false, but at least you won’t feel afraid.

Now tell me, how do you make a valid argument based off of your emotions? You don’t. YOU BASE ARGUMENTS ON FACTS.