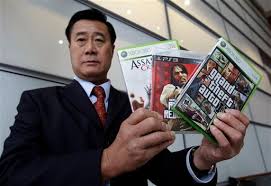 According to the affidavit, Keith Jackson (political consultant and Yee’s alleged partner in crime) contacted the undercover FBI agent on March 4, 2014 to set up a meeting and discuss Yee’s request to find a new weapons supplier. At the meeting the next day, the FBI agent identified Dr. LIM as the point of contact in the weapons deal between the Yee and the Philippines.

During the meeting between Yee and the undercover agent, Senator Yee explained how Dr. LIM was originally from the Mindanao region and that Muslim rebels had no issue with kidnapping, murdering, or holding individuals for ransom in exchange for money in order to successfully overthrow their government.

The undercover agent and Yee then went on to discuss weapons such as shoulder-fire missles and/or rocks and semi-automatics. Yee was told he would be given $2 million in cash to pay for high-powered artillery and the shipment of weapons to North Africa (most likely to be sold to Muslim rebels for the same reason).

Why would someone do this? The surface answer is simple– Yee is running for CA Secretary of State. Because of this, he willingly engaged in soliciting illegal campaign donations in exchange for trafficking firearms from Russia to the US to sell to Muslim rebels in the Philippines. But what about what’s underneath? So many people can easily forget about the whole thing in a couple of weeks because they don’t see that there is an underlying problem here.

Look at page 101 of the affidavit where Yee claimed that the Philippine government was secretly funding Muslim groups in order to create a distraction from government corruption. Do these points not add up to something strangely similar to the gun-running operation that put weapons staight into the hands of Mexican drug cartels? Wake up people. You have a Democratic State Senator who is willing to aid an Islamist terrorist group all for the sake of funding his own campaign. He was caught and his story is out in the open, but are you honestly not willing to admit there are most likely more of the same scumbags out there that our state/country elected?! Do you not think there was another motive behind this? This gun-control advocate lied through his teeth. He doesn’t oppose guns, he opposes guns in the hands of law-abiding citizens!

Lies, hypocrisy, deceipt. All reasons why we need to start asking why senators, congressmen, law makers, and our president all want to disarm America.

Scary thing is, it is possible that like Yee, we have more “leaders” trying to get you to buy into the lies about gun violence. Why? So that you’ll fight their battle to disarm America. Why? Because like the Muslim rebels in the Philippines, we have people in power who want to overthrow a large body. It looks to me that in America’s case it’s not the government these leaders are looking to destroy, it’s the people.

Just in case you cannot read the print because the picture is a little blurry, here is what an Illinois student’s workbook said about the 2nd Amendment:

This amendment states that people have the right to certain weapons, providing that they register them and have not been in prison. The founding fathers included this amendment to prevent the United States from acting like the British who had tried to take weapons away from the colonists.

Well if that isn’t a bold-faced lie, I don’t know what is. Let’s take a look at what the 2nd amendment ACTUALLY says, shall we?

A well regulated Militia, being necessary to the security of a free State, the right of the people to keep and bear Arms, shall not be infringed

What part of “SHALL NOT BE INFRINGED” do you not understand? Look at that simple sentence. Where does it say that you have the right to own CERTAIN weapons IF you REGISTER them? Because, I’m reading over that line and I don’t see it mention any of those words. It doesn’t say “The right of the people to keep and bear CERTAIN arms as long as they register their weapons”. So why teach it that way?

It’s quite simple actually. They want to implement curriculum that will make students believe that they have to obtain government approval in order to exercise their constitutional rights. THAT IS COMPLETELY FALSE. Why has it become that government runs the people? You can’t just re-write the constitution so that it fits in with your agenda. That’s not how this works.

Wake up guys. They can’t change the minds of millions of responsible gun owners so now they are moving onto minds in which they can manipulate; your kids.

This girl hit the nail on the head. Gun control is about control. Government isn’t going to disarm the military or police officials (who take orders from the president), but WILL disarm citizens. GOOD citizens. What makes you think this is a good thing? All your anti-gun liberals aren’t thinking! You want to disarm RESPONSIBLE GUN OWNERS and leave criminals and corrupt government armed? Who’s going to save you then?

Look at countries throughout history where government has become too powerful. When the Nazi power was elected in Germany, the people had a Constitution, yet SO many innocent people lost their lives. “Constitution does not stop tyranny. When it comes to liberty, nothing can destroy it but downright force”. Do you want that to be America next?

Listen to this woman. She’s got it down.

Nearly one thousand gun owners in the state of New York stood together in protest of the NY Safe Act, an act passed in January of 2013 in response to the Sandy Hook Shooting.

The NY Safe Act bans the possession of high-capacity magazines (magazines with over 5 rounds) regardless of when they were made or where they were sold. Other limitations/provisions associated with this act include background checks and sales documentation for purchase of ammo, requirement to create a registry with any assault weapon in the state,  ban on internet sales, and allows law enforcement to seize one’s firearm without a warrant or court order.

The Safe Act mandates that all assault weapons be registered by April 15, 2014. NY gun owners are openly stating their refusal to comply by burning their registration forms. At this time, it is estimated that only 3,000 out of 1.2 million assault weapons have been registered since the NY Safe Act was first introduced in January 2013. As we are reaching the April deadline, more and more gun owners are refusing to comply because they believe that registration leads to confiscation. Who can blame them? If you haven’t noticed, they aren’t alone. Look at Connecticut where only 50,000 guns were registered out of nearly half a million.

Don’t think registration leads to confiscation? The NYPD is now sending out notices to registered gun owners demanding that they give up their firearms.

Still not enough for you? Fine. Let’s look into past events.

–What History Teaches Us About Gun Confiscation

Let’s look at Canada first. In June of 2013, citizens were evacuated from their homes in the High River area of Alberta due to flooding. Due to the massive flooding, most were not able to return to their homes and later found that the Royal Canadian Mounted Police seized large quantities of fire arms from their evacuated homes and would not return them unless they were registered under the proper class. If their firearm was under the “restricted” or “prohibited” class, they were destroyed. Canadian government confiscated firearms ILLEGALLY from law abiding citizens. First they created a law requiring citizens to register guns. Why? To track the sales of firearms of course. Next the passed laws to ban firearms. Finally, they notified gun owners that they were to surrender their REGISTERED firearms to the local police.

Don’t you get it? It has to start somewhere. They can’t just ban guns and confiscate them out of the blue. People would get too upset too quickly and the laws would backfire so they are choosing to go in slowly. Sound familiar? It should because it’s happening here.

Now let’s go a little closer to home. How about California? In April of 2013, the California State Legislature passed a bill approving $24 million to help confiscate more than 40,000 handguns from felons or those deemed mentally/emotionally unfit to own firearms. Hmm sounds likes that would be fine at first? Well think again. Once again, look at Connecticut and all of the gun owners who chose not to register their firearms. Now they are consider felons because they did not comply with state laws. What makes you think that you won’t be consider a felon, giving them “reason” to enter into your home and confiscate your firearms? Heck, what makes you think it won’t happen if you DO comply with the laws?

Wake up people and start fighting for your rights. Our country was founded on these rights for a reason. One last question to all you anti-gun wackos- What happens when your precious government turns on you and you have no protection?